Kevin F. Calcagnie is a partner in the Newport Beach office of Robinson Calcagnie‚ Inc.‚ specializing in civil litigation with an emphasis in products liability. He was admitted to the California Bar in 1983‚ and has been admitted to practice before the United States Supreme Court and the United States Courts of Appeals for the Ninth and Fifth Circuits. Kevin is listed in The Best Lawyers in America®, a peer-reviewed survey listing outstanding attorneys throughout the United States, and was named the Best Lawyers® 2018 Product Liability Litigation “Plaintiffs Lawyer of the Year” in Orange County, California. He was also named the Best Lawyers® 2017 Mass Tort Litigation/Class Actions “Plaintiffs Lawyer of the Year.” Kevin has been listed for several years by the attorney rating service Super Lawyers, and has been named in the Super Lawyers Top 50 Orange County and Top 100 Southern California lists. In 2015 he was named by The Trial Lawyer Magazine in its annual list of “America’s Most Influential Trial Lawyers.” In 2009, and again in 2018, he was honored as a recipient of one of the California Lawyer Attorney of the Year Awards, and in 2011 he was inducted into the Western State University Alumni Hall of Fame. He has an AV rating from Martindale-Hubbell, the highest rating for legal ability and ethical standards under the national legal directory’s peer review system.

He was one of the lead attorneys representing the County of Los Angeles in its suit against several tobacco manufacturers‚ which resulted in a settlement under which the County will receive approximately $3.3 billion over 25 years. He also served as associate counsel with the Orange County District Attorney’s Office in the prosecution of actions against oil companies arising from underground storage tank leakage, and in actions brought on behalf of the People of the State of California against major automobile manufacturers under California’s unfair competition and false advertising laws. Kevin has tried cases in California‚ Arizona and Texas‚ and has acted as counsel pro hac vice in state and federal courts in several other states. He was a member of the trial team in Echeverria v. Johnson & Johnson, which resulted in a $417 million jury verdict in 2017. He was also co-counsel in Ketchum vs. Hyundai‚ which resulted in a $15 million jury verdict‚ as well as In re Aircrash in Bali‚ Indonesia‚ where a jury in U.S. District Court in Los Angeles found Pan American World Airways liable for willful misconduct in the crash of a jet airliner.

In 1997, Kevin was elected to the Board of Governors of the Consumer Attorneys of California (CAOC)‚ and served for several years as a member of the At-Large Board of Governors. He received CAOC’s Presidential Award of Merit in 1994‚ 1995‚ 1996 and 2000. He also served as the organization’s Education Chair and as Editor-in-Chief of FORUM Magazine‚ a monthly publication of CAOC.

From 1995 to 2019 Kevin authored a regular feature for CAOC’s FORUM Magazine, updating attorneys, legislators and judges on recent opinions from the California Supreme Court and courts of appeal. He assisted the Judicial Council Task Force on Jury Instructions in the preparation of the Judicial Council of California Civil Jury Instructions (CACI), and has been a contributing editor to three practice guides for attorneys, including California Practice Guide: Civil Procedure Before Trial, Claims and Defenses (The Rutter Group 2012); Products Liability Litigation: Product Studies, Clark Boardman Callaghan (1996); and A Guide to Toxic Torts, Matthew Bender & Company (1987).

He has also authored or co-authored a number of articles relating to civil practice, including:

“Strengthen Your Case With Other Similar Incidents‚” TRIAL‚ Journal of the American Association for Justice‚ July 2013.

“A Catalyst for Safety‚” TRIAL‚ Journal of the American Association for Justice‚ November 2009.

“The Noerr-Pennington Doctrine: Defective Products and the First Amendment‚” FORUM‚ Consumer Attorneys of California‚ May 2008.

“The ABC’s of School Liability in California: A Primer for Lawyers‚ School Districts and Educators‚” FORUM‚ Consumer Attorneys of California‚ March 2006.

“The Buckman Defense: Evidence of a Defendant’s Misrepresentations to a Government Agency Is Admissible to Prove State Tort Claims‚” FORUM‚ Consumer Attorneys of California‚ July/August 2002.

“Dangerous and Defective Roof Structures: Why Most Cars Are Not Crashworthy in Rollover Accidents‚” FORUM‚ Consumer Attorneys of California‚ March 2000.

“The Case Against Nicotine‚” TRIAL‚ Association of Trial Lawyers of America‚ September 1997.

“Selection of Experts in Auto Crashworthiness Cases‚” TRIAL‚ Association of Trial Lawyers of America‚ May 1995. 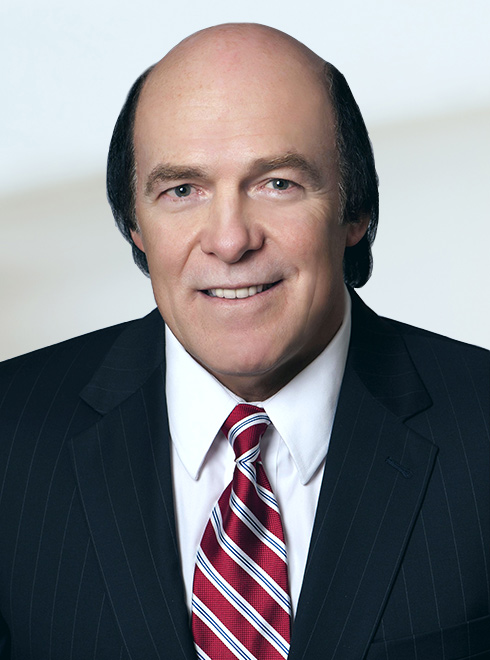