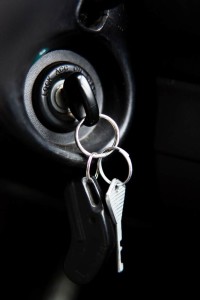 The Feinberg report, “confirms, tragically, my repeated warnings that the number of deaths caused by GM’s concealed ignition defects is likely to be far higher than the 13 deaths the company acknowledged,” said Sen. Richard Blumenthal (D-Conn.) “This news only emphasizes the severity of the company’s safety lapses and the continuing urgency of rapid repairs to these defective vehicles, many of which remain on the road. – Los Angeles Times, September 15, 2014

September 16 2014  – General Motors (GM) admitted today to 19 deaths resulting from faulty ignition switches in GM cars, up from the company’s previous report of 13 deaths attributable to their cars. According to GM’s compensation expert Kenneth Feinberg administering the settlement fund, that number is expected to grow based on hundreds of claims he and his team are now reviewing.

On top of the 19 deaths, Feinberg disclosed that there are 12 certified injury claims:

GM alleges it is accepting responsibility for the injuries and deaths caused by the faulty ignition switches, and has set up a $400 million compensation fund for victims.  Feinberg said that amount may increase to $600 million depending on the number of claims. Even though compensation details have not yet been released, the Wall Street Journal reports that to date “no one (death or injury claimants) has yet agreed to take the payouts and waive their rights to sue the company.”

Feinberg spokeswoman Amy Weiss was quoted in the Los Angeles Times saying, “No claims have been rejected. The rest of the claims are still in process.” The deadline to submit claims is December 31, 2014.

Although GM’s faulty ignition switch problem is reported to have been discovered by employees 10 years ago, the company chose not to disclose the problem until earlier this year. In February 2014, the company recalled 2.6 million cars with faulty ignition switches that could mistakenly switch to accessory mode during operation, disabling power steering, power brakes, and the cars’ airbag systems.

GM has reported that the following cars have faulty ignition switches:

On May 16, 2014, the National Highway Traffic Safety Administration (NHTSA) fined GM $35 million for their lapse in reporting the problem. The company still faces further scrutiny by NHTSA and Congress for its delay in recalling the cars.

GM’s faulty ignition switch recall is just one of many the company is dealing with this year. So far, the company has issued 60 recalls in 2014 for reported or potential problems, totaling approximately 30 million cars. According to an article in Time, Inc., GM has recalled “enough cars to wrap around the earth more than four times.”