Requests for Admissions — Use During Trial

Posted in Personal Injury on September 3, 2015 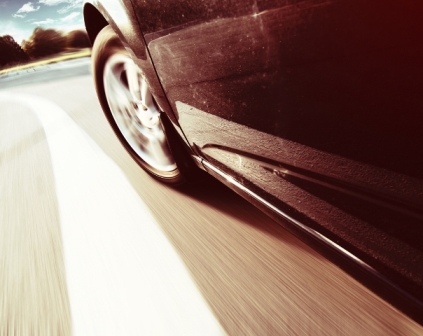 A BMW salesman who was injured in a collision while riding as a passenger during a new vehicle test drive, filed suit against the driver who had caused the accident. At trial counsel for the plaintiff called the defendant as an adverse witness and, over multiple defense objections, extensively examined him regarding his responses to requests for admissions.  When the defendant testified in the defense case-in-chief, plaintiff’s counsel again asked questions in cross-examination about his responses to the RFA’s, despite objections that questions about the denials were argumentative, called for legal opinions or were contention questions.

The trial court overruled the objections and admitted the RFA’s into evidence. In closing argument, plaintiff’s counsel urged the jury to consider the defendant’s failure to admit in response to the RFA’s that his pressure on the accelerator was a substantial factor in causing the accident, as evidence of his failure to take responsibility for the plaintiff’s injuries.

Following a jury verdict in favor of the plaintiff the court of appeal reversed, concluding that the discovery statutes do not authorize admission at trial of denials to RFA’s and that the trial court erred in allowing plaintiff’s counsel to examine the defendant about his qualified denials, and in admitting the written responses to the RFA’s:

Li analogizes the examinations by plaintiff’s counsel to asking a witness to explain the basis of his legal contentions, conduct condemned in Rifkind v. Superior Court (1994) 22 Cal.App.4th 1255, 27 Cal.Rptr.2d 822…

While not directly on point, we agree that the underlying concerns discussed in Rifkind apply to the use of qualified denials to RFA’s in the examinations here. Li was asked to explain “by memory and on the spot” and without the ability to consult with his attorney why he took the legal position that he could not admit or deny certain RFA’s without further inquiry. And he was asked to do this not in a deposition, as in Rifkind, but in front of the jury.

We find that the weight of authority in other jurisdictions also favors Li’s position….

Perhaps recognizing the lack of any inconsistency between Li’s responses to the RFA’s and his trial testimony, Gonsalves suggests that the responses were admissible to impeach Li’s credibility by showing “[h]is attitude toward the action in which he testifies.” (Evid.Code, § 780, subd. (j).) Gonsalves cites no cases that support his interpretation of this section of the Evidence Code. Section 780 has been held applicable to a witness’s reluctance to testify or fear of retaliation for testifying … or a witness’s desire for revenge against the defendant …. As Li points out, courts have held in other contexts that litigation conduct is not relevant evidence at trial in the ordinary case. …White, supra, 40 Cal.3d 870, 221 Cal.Rptr. 509, 710 P.2d 309, which allows such evidence in a bad faith case, has been criticized as unfairly compromising a defendant’s right to defend himself…We find no support for Gonsalves’s attempt to make a party’s litigation conduct a legitimate subject for inquiry under Evidence Code section 780, subdivision (j), absent truly exceptional circumstances.

We are persuaded, therefore, that denials of RFA’s are not admissible evidence in an ordinary case, i.e., a case where a party’s litigation conduct is not directly in issue. Thus, the trial court permitted examination of Li that was unfair and prejudicial to him, and erred in admitting those responses in evidence.