Posted in Personal Injury on September 14, 2015 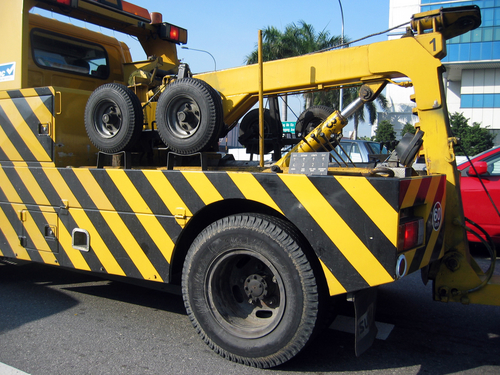 A woman and her child who were injured when they were struck by a tow truck on Interstate 5 brought an action for personal injuries against the tow truck driver and his employer, as well as various public entities, including the California Highway Patrol.  The plaintiff alleged that the tow truck was being operated under the Freeway Service Patrol (FSP) Act, a program jointly administered by the California Department of Transportation, the CHP, and local transportation agencies, under which motorists receive free emergency roadside assistance as a public service on California’s busiest highways. (Sts. & Hy.Code, § 2560 et seq).  The plaintiff further alleged that the CHP was a special employer of the driver because it had contracted with the Orange County Transportation Authority overseeing the local program, to provide field supervision, program management, and oversight of contractor service quality.

[A]n agency does not become the special employer of contractors’ employees merely by ensuring compliance with statutory, regulatory, or contractual requirements. Furthermore, when an agency has responsibilities over law enforcement and matters of public safety, as CHP does, the mere performance of police operations does not create an employment relationship.

These roles, vital to the functioning of the FSP program, are essentially governmental. Moreover, CHP’s authority to direct FSP tow truck drivers in the field is an aspect of its ordinary duty to provide for public safety. Quite apart from the FSP program, it is CHP’s responsibility to patrol the highways and direct traffic in emergencies….

[T]he right of control arises not from an employment relationship, but from CHP’s mission as the government agency most directly responsible for ensuring highway traffic safety. Its exercise of authority in that capacity is a police power, not an employer’s prerogative….

We conclude that the language of the statutory scheme does not support a finding that CHP is the special employer of FSP tow truck drivers. However, this holding does not eliminate the possibility that CHP might act as a special employer if it takes on responsibilities beyond those outlined in the FSP statutes. It is authorized to make its own agreements with tow service providers, in addition to the primary contracts between providers and local transportation agencies. (citations.) Conceivably, pursuant to that authority or otherwise, CHP might agree to a role that would bring it within the scope of the special employment doctrine.

The Court of Appeal erred by ruling that the FSP statutes categorically bar CHP from acting as a special employer. The trial court, informed by our conclusion that the statutory scheme is inconsistent with a special employment relationship between CHP and tow truck drivers, must determine whether the facts of this case might nevertheless support liability.