Posted in Premises Liability on October 29, 2015 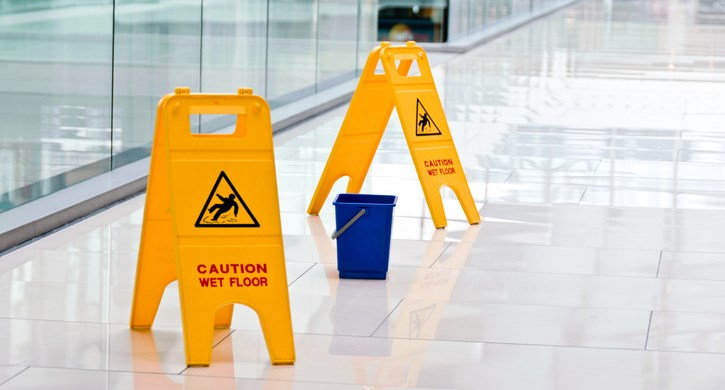 A woman who was injured when she slipped and fell on a recently mopped floor at a hospital filed suit against the owner of the facility, seeking damages under a theory of premises liability. The plaintiff alleged that she had been admitted to the hospital after complaining of chest tightness with shortness of breath, and that she had fallen during her stay while returning to her bed from the bathroom.

The defendant moved for summary judgment, arguing that plaintiff’s action, which was filed nearly two years after the accident, was time-barred by Code of Civil Procedure section 340.5, which provides that in an action for injury or death against a health care provider based upon such person’s alleged professional negligence, the time for the commencement of action is the earlier of three years after the date of injury or one year after the plaintiff discovers, or through the use of reasonable diligence should have discovered, the injury. The plaintiff opposed the motion arguing that the action was outside of MICRA, and subject to the two-year statute of section 335.1, pertaining to ordinary negligence claims for personal injury.

The trial court granted the motion, ruling that the action was one for professional negligence because the negligence was “committed in the act of rendering services for which the hospital is licensed,” which was namely “to use reasonable care and diligence in safeguarding a patient committed to its charge. However, the court of appeal reversed, relying in part on Bellamy v. Appellate Department (1996) 50 Cal.App.4th 797 and Murillo v. Good Samaritan Hospital (1979) 99 Cal.App.3d 50:

We disagree with Murillo’s dictum that a negligently maintained, unsafe condition of a hospital’s premises which causes injury to a patient qualifies as professional negligence. Rather, injury to a patient from a falling chandelier, or a recently mopped floor, does not fall within the meaning of professional negligence as defined in section 340.5. …  For the same reason, we are not persuaded by defendant’s citations to various authorities to establish that it “is a health care provider within the definition of MICRA” with duties to its patients including ensuring their safety. Again, the critical determination is whether the negligence occurred in the rendering of professional services. … Plaintiff’s complaint, alleging she was injured when she slipped and fell on a recently mopped floor, did not occur in the rendering of professional services but rather sounds in ordinary negligence. Therefore, the action is governed by the two-year statute of limitations (§ 335.1), making the lawsuit timely.