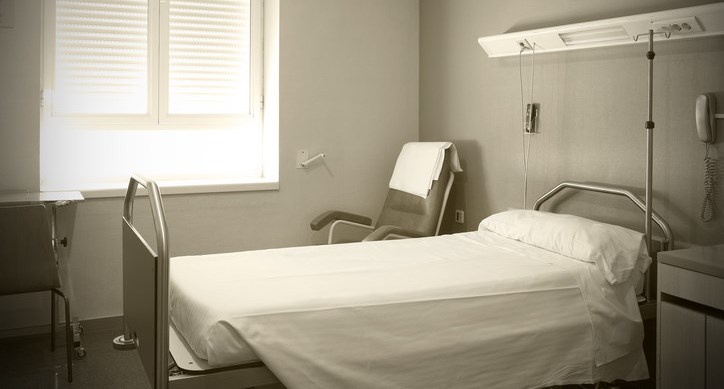 The children of a woman who died from a massive brain hemorrhage two days after being treated for a headache at a hospital emergency room, filed an action for medical malpractice against the hospital. The plaintiffs alleged that the physician, who was an independent contractor, was an ostensible agent of the hospital, and that his negligence was a cause of their mother’s death.

The hospital moved for summary judgment, contending that as a matter of law it could not be held liable for the acts of the physician, and provided evidence that the decedent had signed a “Conditions of Admission” form, which provided that “[a]ll physicians and surgeons furnishing services to the patient, including the radiologist, pathologist, anesthesiologist and the like, are independent contractors and are not employees or agents of the hospital.”   The defendant also provided evidence that there was a sign on the wall of the registration area of the emergency department that stated: “Emergency physician services will be billed to you separately from the hospital’s services,” and that the insignia on the clothing the doctor was wearing while treating the decedent identified him as an employee of “California Emergency Physicians.”

The trial court granted the motion for summary judgment, finding that, as a matter of law, the emergency room physician was not the ostensible agent of the hospital. However, the court of appeal reversed, holding that triable issues of fact existed as to the question of ostensible agency:

Defendant hospital, however, fails to cite a single case in which a California court has found that a patient who enters an emergency room of a hospital in dire distress and excruciating pain and who is forced to sign admission forms that include the agency disclaimer is provided “notice” the hospital is not responsible for her care and the apparent agency of the emergency room physician is dispelled as a matter of law. …

[T]he same public policy concerns apply here where the hospital attempts to absolve itself of liability for the actions of the physicians and others manning the emergency room. These concerns are most acute in an emergency room setting, where a patient often arrives in pain and distress and cannot reasonably be expected to discern from a boilerplate admissions form that the emergency physician he or she is provided by the hospital is not the hospital’s agent….

[W]e reject the trial court’s finding that defendant hospital successfully absolved itself of liability as a matter of law when a woman, writhing in pain and vomiting as a result of the worst headache she had had in her life, signed a boilerplate admissions form disclaiming the agency of the emergency room physician who treated her. Viewing the document in the light most favorable to the nonmoving party, we conclude the mere existence of a boilerplate admissions form is not sufficient to “conclusively indicate [ ] that [decedent] should have known that the treating physician was not the hospital’s agent….” Nor did the addition of the posted signs and the insignia on the doctor’s clothing, in addition to the Conditions of Admission form, compel summary judgment. A jury will weigh the significance of these indicia of notice, but defendant’s evidence constitutes only half of the story….

The jurors will also have the opportunity to consider decedent’s son’s testimony about his mother’s condition at the time she signed the form and to weigh the neurosurgeon’s expert opinion that, since decedent was suffering from a brain hemorrhage at the time she signed the form, she would be incapable of understanding its content. It is a question of fact whether the acknowledgment decedent signed in such a stressful situation was signed under duress. The jurors will determine whether the size, location, and content of the signs posted in the emergency room would give a reasonable person notice of the hospital’s disclaimer and whether the insignia on the doctor’s clothing identifying him as an employee of “California Emergency Physicians” would convey a lack of agency.