Posted in Liability Releases on December 1, 2015 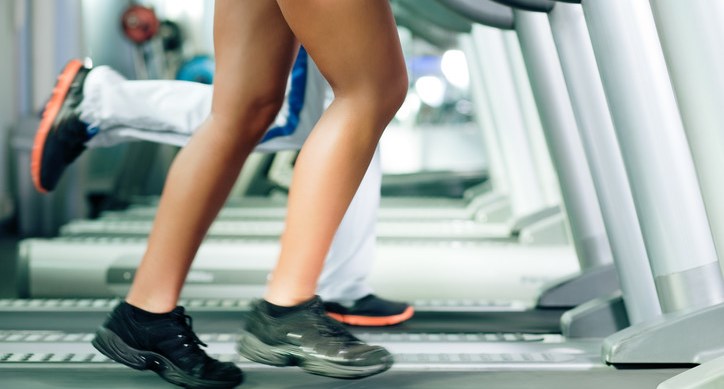 A woman filed suit against a fitness center after sustaining a severe head injury when she fell rearward from a moving treadmill and struck her head on a nearby exercise machine. The plaintiff alleged that although the treadmill manufacturer had recommended in the owner’s manual that there should be a clear area behind the treadmill with a minimum space of 6 feet deep by 3 feet wide, the piece of equipment struck by the plaintiff was just under four feet away. The plaintiff further alleged that the defendant’s act of placing other equipment within the safety zone increased the risk of injury, thereby rendering the release unenforceable against a claim of gross negligence.

The defendant moved for summary judgment based upon a liability release in the membership agreement, arguing that its conduct could not be considered grossly negligent. The trial court agreed, finding that as a matter of law, a space of three to four feet as opposed to the recommended six-foot safety zone cannot constitute gross negligence, because it does not reflect an extreme departure from the ordinary standard of conduct, and that the placement of the treadmill constituted at most, ordinary negligence. However, the court of appeal reversed, holding that triable issues of fact remained on the issue of whether the defendant’s conduct amounted to gross negligence:

While the issue of whether there has been gross negligence is generally a triable issue of fact, we recognize that such is not always the case. For example, in a recent case involving 24 Hour, the court of appeal affirmed summary judgment grounded in part on the trial court’s determination that there was no triable issue of fact as to gross negligence. (Grebing v. 24 Hour Fitness USA, Inc. (2015) 234 Cal.App.4th 631, 639, 184 Cal.Rptr.3d 155 (Grebing ).…

Here, unlike in Grebing where there was no notice, 24 Hour knew it was violating the manufacturer’s express safety directions when it deliberately arranged the gym equipment without providing a six-foot safety zone for the treadmills. It can be inferred that 24 Hour did so for the purpose of placing more machines into its facility to accommodate more members to make more money. And unlike in Grebing, where 24 Hour acted reasonably by conducting daily equipment inspections, there were no mitigation measures that would have prevented the injury plaintiff alleges occurred here. We are not persuaded by 24 Hour’s argument that because it provided shock-absorbing flooring materials, it exhibited “some care” and a jury would be precluded from finding gross negligence. A shock-absorbing floor makes little difference when it is covered with gym equipment upon which members could fall and severely injure themselves. Thus, we cannot agree that this purported mitigation measure precludes a jury finding of gross negligence.

… [W]hen one thinks of the minimum safety zone recommended by the treadmill manufacturer in terms of the height of adult human beings and the high likelihood of a person falling off a treadmill impacting nearby equipment as close as three feet, it seems clear that the reduced zone established by 24 Hour here can hardly be considered a “safety” zone at all. …

Without any expert testimony indicating otherwise and in light of plaintiffs’ expert’s declaration corroborating the manufacturer’s directions and the financial motivation that can be inferred from the evidence, we cannot agree that as a matter of law, the spacing of the machines demonstrates at least scant care and is not an extreme departure from the ordinary standard of conduct.