Posted in Products Liability on December 15, 2015 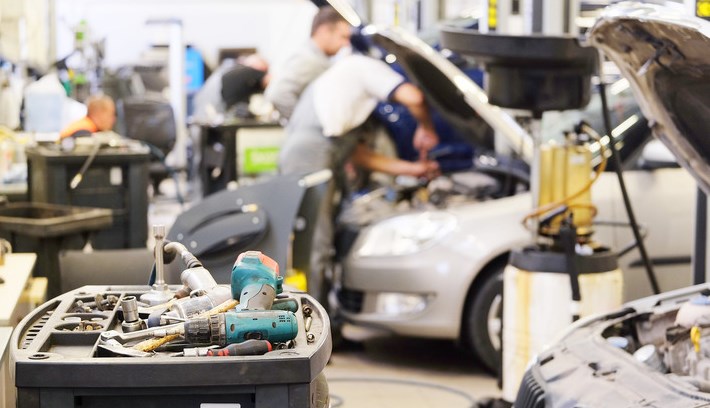 The husband and children of a woman who died from mesothelioma allegedly caused by exposure to asbestos dust her husband carried home from work, filed a products liability action against the manufacturer of a brake lining arcing machine. The plaintiffs alleged that the machine, which was used by the decedent’s husband for 15 years in his job as a brake mechanic, released asbestos dust into the air when it was applied to brake linings containing asbestos.

Relying on O’Neil v. Crane Co. (2012) 53 Cal.4th 335, the defendant moved for summary judgment, contending that the  machine itself contained no asbestos, and that the plaintiffs could not establish the circumstances necessary for the imposition of strict liability. The defendant argued that the plaintiff could not prove the sole intended purpose of the machine was to abrade asbestos-containing brake linings, since the machine had the capacity to abrade asbestos-free brake linings, which were available in the 1960’s and 1970’s. The plaintiffs opposed the motion, arguing that the machine was designed to grind brake linings only of a certain type, and that during the pertinent period, those linings “almost universally” incorporated asbestos.

The trial court granted summary judgment, concluding that the AMMCO machine “did not contain asbestos, was not designed to be operated exclusively with asbestos-containing brakes, and could be operated with asbestos-free brakes.” However, the court of appeal reversed, under what it called the Tellez–Cordova exception to the general rule barring imposition of strict liability on a manufacturer for harm caused by another manufacturer’s product:

The application of the Tellez–Cordova exception, as expounded in O’Neil, requires a special relationship between the manufacturer’s product and the alleged harm. O’Neil provided no definition of that relationship, but identified factors relevant to its existence. … Although the O’Neil court rejected the underlying appellate court’s imposition of strict liability on the defendant manufacturers, the O’Neil court appears to have agreed that at least two factors proposed by the underlying court are required for the relationship, namely, that the manufacturer’s product “‘is necessarily used in conjunction with another product,’ ” and that “ ‘danger results from the use of the two products together.’ ” …

In our view, the product-harm relationship involving the AMMCO machine satisfies the factors identified in O’Neil for application of the Tellez–Cordova exception. Appellants’ evidence shows that the AMMCO machine was necessarily used with drum brake linings, and that asbestos dust resulted from that joint use. Furthermore, the machine was intended to be used with drum brake linings “for the very activity” that generated the asbestos dust, the creation of which was “inevitabl[e]”—rather than merely foreseeable—due to the overwhelming prevalence of asbestos-containing linings. …

Here, AMMCO derived a similar economic benefit from the sale of drum brake linings for passenger vehicles and light trucks as the tool manufacturer in Tellez–Cordova reaped from the sale of the products on which its grinders, sanders and saws operated. And, as in Tellez–Cordova, owing to the near-universal use of asbestos-containing drum brake linings during the pertinent period, Sherman’s use of the machine “for the very activity that created a hazardous situation” was not merely possible, but inevitable.  … We find the relevant question not whether asbestos-containing brake linings were necessary to the operation of AMMCO’s machine, as Hennessy maintains, but whether someone using the grinder as intended during the period in question would invariably have been subjected to asbestos dust. On this record, the answer is “yes.”