Mark P. Robinson, Jr. is the founder, senior partner and sole shareholder of Robinson Calcagnie, Inc., based in Newport Beach, California. Mr. Robinson earned his Bachelor of Arts degree from Stanford University and graduated cum laude from Loyola School of Law. He has established a prominent legal practice devoted to consumer safety and has worked on thousands of products liability cases, including the landmark Ford Pinto case, Grimshaw v. Ford Motor Company, where a jury in Orange County, California, awarded $128 million in compensatory and punitive damages. The verdict was recognized by the Association of Trial Lawyers of America as one of the ten most significant civil trials of the past millennium.

Some of Mr. Robinson’s recent verdicts include: Echeverria v. Johnson & Johnson (2017), where a Los Angeles jury awarded $417 million to a single plaintiff regarding talcum powder; and Solorio v. Nissan (2016), where a San Bernardino jury awarded $46 million to a man who suffered serious leg injuries that resulted in the amputation of his left leg.

Mr. Robinson’s other significant trials include: Anderson v. General Motors, where a Los Angeles jury awarded $4.9 billion to burn victims in an automobile crash; Barnett v. Merck, a $51 million verdict in New Orleans federal court against the manufacturer of the prescription drug Vioxx; Ketchum vs. Hyundai, where a Los Angeles County jury awarded $15 million to a young boy paralyzed by a defective seat belt during a collision; Oliver vs. Nissan, where a jury returned a $9 million verdict in a product liability action in Los Angeles County; Siu v. General Motors, a $9 million judgment in a product liability action in San Diego; and Fair v. Ford, a $12 million award in a wrongful death action in Kentucky arising from a post-collision fire involving a school bus.

Mr. Robinson was the 2014 National President of the American Board of Trial Advocates (ABOTA), a national association of experienced trial lawyers and judges with chapters in all 50 states. He is a Fellow of the American College of Trial Lawyers (ACTL), a highly selective professional society of trial lawyers and judges (including the justices of the United States Supreme Court) whose members are selected only by invitation. He is the 2013 past president of the Orange County Chapter of the American Board of Trial Advocates (ABOTA). In 2011, he was chosen to serve on the Judicial Council of California Court Case Management Internal Committee.

In 2018, Mr. Robinson was awarded Trial Lawyer of the Year by the National Trial Lawyers Association. In 2013, Mr. Robinson received the Philip Burton Lifetime Legal Achievement Award from Consumer Watchdog, a national non-profit organization which advocates for taxpayer and consumer interests. In 2011, he was inducted by the California Bar Association Litigation Section into their Trial Lawyer Hall of Fame.

For many years, Mr. Robinson has been listed in The Best Lawyers in America®, a peer-reviewed survey listing outstanding attorneys throughout the United States, and has been consistently named as one of the Top 100 Lawyers in the State of California. He has also been named by the attorney rating service Super Lawyers to their Top 50 Orange County and Top 100 Southern California lists.

Mr. Robinson serves as a member of the Board of Directors of the Foundation for Democracy and Justice, a partnership of leaders and community professionals dedicated to promoting the principles of democracy through education. He is an adjunct professor of law at the University of California, Irvine School of Law, where he has served on the Dean’s Advisory Committee. He is presently a member of the UC Irvine School of Law Board of Visitors, and has served as a board member of the UCI Foundation. 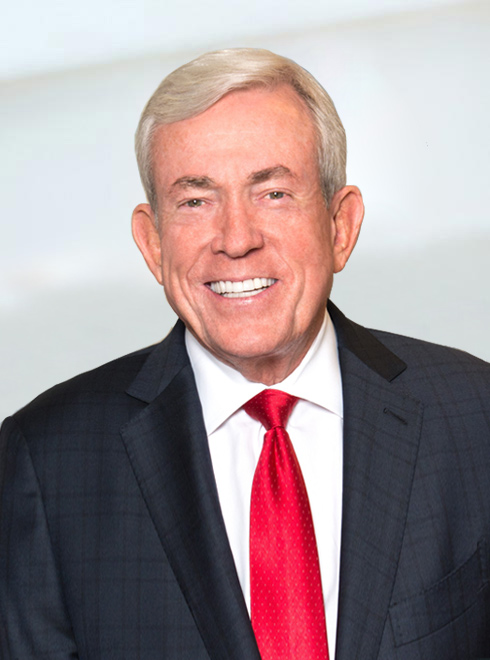